Baruch Sterman is co-founder of the Ptil Tekhelet Association. Baruch received his doctorate in Physics from the Hebrew University in Jerusalem, where he developed a CO2 laser used for both medical and industrial purposes. He received his Masters in Electrical Engineering from Columbia University. For the past fifteen years, Baruch has been a leading executive in the High-Tech sector in Israel, specializing in the fields of telecommunications and computer security. He holds several patents in optics, voice technology, and computer security.

Baruch was instrumental in developing the modern techniques for dyeing tekhelet used by the Ptil Tekhelet Association today. These techniques take into account the halakhic, as well as the physical and chemical requirements needed for mass production. He has published numerous articles on the scientific and halakhic aspects of Tekhelet, and writes extensively on the topic of Science and Torah in general.

Baruch lives in Efrat, Israel with his wife Judy and their seven children. 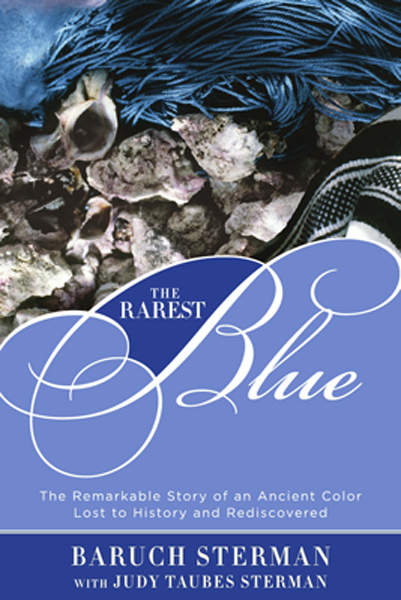 For centuries, shellfish-dyed fabrics ranked among the most expensive objects of the ancient Mediterranean world, fetching up to 20 times their weight in gold. Huge fortunes were made from and lost to them, and battles were fought over control of the industry. The few who knew the dyes’ complex secrets guarded the knowledge with their lives.

THE RAREST BLUE tells the amazing story of tekhelet, or hyacinth blue, the elusive sky-blue dye mentioned 50 times in the Hebrew Bible. The Minoans discovered it; the Phoenicians stole the technique; Cleopatra adored it; and Jews—obeying a Biblical injunction to affix a single thread of the radiant color to the corner of their garments—risked their lives for it. But with the fall of the Roman Empire, the technique was lost to the ages. Then, in the mid- nineteenth century, a marine biologist saw a fisherman smearing his shirt with snail guts, marveling as the yellow stains turned sky blue. But what was the secret? At the same time, a rabbi obsessed with reviving the ancient technique posited that the source wasn’t a snail at all but a squid. Bitter fighting ensued until another rabbi discovered that one of them was wrong—but had an unscrupulous chemist deliberately deceived him?

Discover the fascinating story of this sacred, ancient dye that changed the color of history.

Click Here for the announcement of THE RAREST BLUE in the the Globe Pequot 2012 catalog.

This article appeared in the January 5th edition of the Jewish Press. It reviews the current status of tekhelet twenty years after the founding of the Ptil Tekhelet Association, and the issues for and against its adoption within the Orthodox Jewish community. The article can be found at The Jewish Press

This fragment of woolen fabric was found by Yigal Yadin in the 1960's on the fortress of Masada above the Dead Sea in an area known as the Room of the Scrolls. Recently analyzed by Prof. Zvi Koren, the dark blue woolen embroidery was shown to contain dibromoindigo which is a clear indication that the Murex trunculus snail was the source of the dye. The amazingly rich color still retains its depth and luster more than 2000 years later. A report of the find can be found in this article by Dina Kraft at The New York Times

This exquisitely preserved fabric was discovered by Sergei Rudenko in the Altai Mountains buried with a Scythian prince. Chemical analysis shows the presence of dibromoindigo, proving that the dye came from Murex snails. The find highlights the ancient craftsman's ability to distinguish between blue and purple, as well as the superb lasting quality of the beautiful dye. 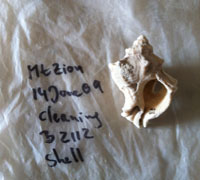 Dozens of Murex shells have recently been found in the archeological dig at Mt. Zion. This area was primarily the residence of Kohanim - priests - during the Second Temple period. The relative abundance of Murex shells suggests that the priests were the ones who dealt with the tekhelet fabric. This was certainly the case for the tekhelet used in the Temple, but most likely was also true of the strings that were available to the general population as well.

Simcha Jacobovici, a.k.a. The Naked Archaeologist, has a widely popular show that is aired on the History Channel. He devoted two episodes to the the topic of tekhelet. Click here to see the interview. 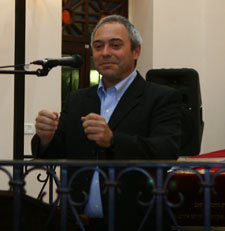